a little more about our little brewery

AAAHH THE POWER OF BEER

At Iechyd Da, we truly believe that great things happen over great beer! From innovative ideas born on plain white bar napkins to business deals sealed with a promise and a handshake to laughter that creates lasting memories among friends, beer has the power to bring people together and induce good times. You know, because people who drink beer (especially craft beer) are automatically smarter, funnier and better looking after a pint or two!

ABOUT THE BREWERY & THE BEER
After several years of homebrewing, husband and wife team Chip and Summer Lewis decided to take the plunge into the real deal in 2011 building a brewery right on Main Street in their hometown. More than a year of scouring the country for equipment for both the brewery and kitchen culminated in a 7bbl brewery and kitchen to create handcrafted brew and grub.

The beer tends to be sessionable and varies from easy drinking English Milds to hoppy American IPAs. No  BMC beers here. We sell what we brew and not much else, but with more than 10 taps, there's bound to be something for most everyone! We also offer a small selection of guest wines and ciders and Boozy Brain Freezies (adult slushies). The pizzas and snacks are also made in-house. If you're looking for a classic nosh, you gotta try the soft pretzels with house beer cheese or beer mustard!

Why Iechyd Da, you say? Well, other than being a cool new way to say Cheers, Chip's Welsh heritage has always been important to his family. His family has had their crest hanging in their homes for generations which can be traced back to 1635 when the first Lewis in Chip's line immigrated to America. The dragon in the logo is a duplicate of the one in his crest (minus the bloody hand)! 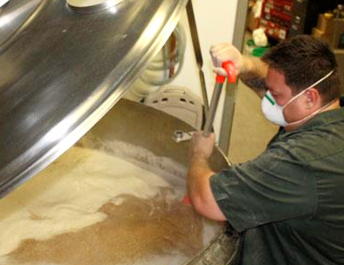 it's a mom & pop operation

CHIP LEWIS
Fermentation/Sanitation Engineer
The Guru of Grain, the Sultan of Sud​s, the Minister of the Mash…eh, maybe not. However, if you hang around him long enough you’ll realize that he very well could be the love child of Mr. Wizard and Betty Crocker. He loves writing recipes to tantalize your taste buds and during the brew day, you may catch a glimpse of the mad scientist hunched over his mash tun stirring away. When it comes down to it, Chip just flat out digs beer. He brews a wide variety of session beers and specialties in hopes there’s something on the menu for proven beer lovers and those new to the sport.

Head Cheerleader/Oat Toaster​
While Chip’s busy with the important stuff like brewing beer, Summer is off telling anyone who'll listen just how great the beer is.  When she’s not exciting the masses about Iechyd Da's super team and awesome brew, she’s doing whatever else needs to be done around the place…designing
​t-shirts, slinging beer, strategic planning, prepping for events and yes, really, occasionally toasting oats. Look around for the gal in the flouncy, flashy apron and bandanna and give a "howdy-do!" 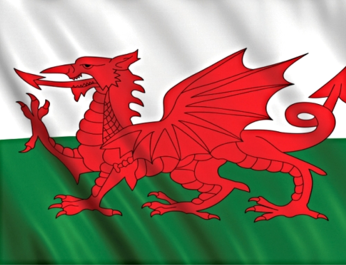 An american pub with
​welsh flare 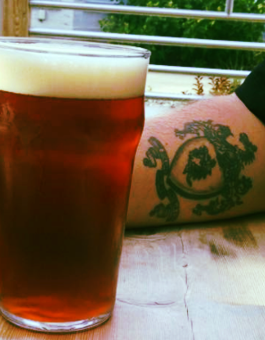 Iechyd Da is a northern Indiana brewpub offering handcrafted ales, lagers, pizzas, sandwiches and soda. We make all of the beer and as much of the food as we can muster in-house. As fresh and local as it gets!

But about the beer, our brewer runs the gamut when it comes to his art. From English Session Beers to hoppy American Pale Aless, he loves them all. When you stop in, be sure to ask what's on the handpull--we have two! We may be serving the same beer two ways for side-by-side comparison tastings.

SAY OUR NAME
Yeah, we know the name looks like something you'd need a skilled translator to pronounce, but trust us...after a short lesson and a pint or two, you'll be on the inner circle of good times!

Iechyd da is a Welsh toast which literally means "Good Health." It's like saying Cheers, Salute, Na zdrowie or Prost! See, beer is fun AND educational, but you always tried to tell that to ma & pa, didn't you?

Need it broken down further? Say: Yah-key-Dah. A little faster now. Practice it a few times and when you come visit, you'll fit right in. And, if you forget, we'll go easy on you...once.

COME SEE US!
We're located right on the main drag in Elkhart, IN. Really, right on Main St.! A small lot next to the pub, a large lot behind the building and street parking is available.

We look forward to pouring you a pint of GREAT LOCAL BEER...
until then, Iechyd Da! 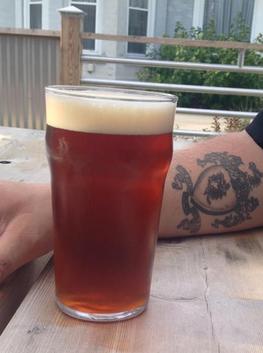